Israel and the Holocaust

Is there an authentic historical perspective.

Jacques and Isabelle silently left the compound of Yad Vashem (YV), Israel’s official memorial to the Jewish victims of the Holocaust and the world center for documentation, research, and education about the Holocaust. It was noon and they went for lunch. As per their French custom, they ordered a cappuccino. They talked about the period when defeated France was occupied by Nazi Germany during World War II.

Jacques listened to her attentively when she narrated her story. Her father, a member of the Jewish Council or Judenrat, told the family about the frightening meeting at the Kommandantur, with SS Colonel Walter Rauff, to be known later as the brutal and notorious killer involved in the development of death gas-vans. Rauff screamed at them: “Jew dogs! I have taken care of Jews in Poland and Russia. I’m going to show you!”[1] So, Jews were rounded up on that rainy day of December 9, 1942 for forced labor.

Gilbert, a young cripple, couldn’t walk fast enough, and he was shot in cold blood by a German soldier. That was followed by the yellow star, the fines, and the deportation to the death camps. Isabelle, with some sadness in her voice, mentioned how her brother Robert was deported to Auschwitz but did come back.

Unfortunately, though, in Israel Isabelle’s story will be recorded differently than Jacques’ story. You see, Jacques lived in France, on the continent, and Isabelle lived in Tunisia, a French North African colony (map) (German Occupation of Europe). In Israel, Jacques’s story will be researched, documented and told at Yad Vashem. Israeli school children will learn about this unspeakable crime in a history unit on the Jews of Europe in the Holocaust. However, they will study Robert and Isabelle’s stories in a new and separate chapter, “The Jews of Tunisia under Nazi Occupation”.

The reason seems connected to definitions of YV. In the past, it appears that YV stated that “the Final solution plan aspired to destroy all the Jews of the world.”  YV now defines the Final Solution as “the Nazis’ plan to solve the Jewish question by murdering all the Jews in Europe.” So, Robert, who didn’t die in Auschwitz, suffered as a “Jew of Tunisia under Nazi-occupation” and not in the Holocaust. YV appears to ignore the historical fact that France’s colony of Tunisia was considered a European country, as per a German document relevant to the Final Solution to the Jewish question.

More importantly, the author of a historical essay “Old Themes – New Archival Findings” writes about two German historians, Klaus-Michael Mallmann and Martin Cüppers, who uncovered new evidence in 2006. They found a document confirming that indeed the Final Solution was a master plan to kill all the Jews, wherever Hitler’s armies could catch them. After all, SS Reichsfuhrer Heinrich Himmler did say that “Every Jew that we can lay our hands on is to be destroyed now during the war, without exception. …obliterate the biological basis of Jewry.’[2]

Despite that fact, Isabelle’s story will also be told, but outside Yad Vashem.

A new Israeli one-man project was created outside YV, at the Ben-Zvi Institute for the Studies of Oriental Jewish Communities in the East (deals with history of Sephardim, “Hebrew name for Hispanic Jews; and in Israel, Sephardim are Jews whose origins were in North Africa, the Middle East and Asia;” they usually have dark skin). Its name is “The Center for Information Documentation and Research on North-African Jewry during WWII.” Interestingly, Gilbert, the young cripple who died in Tunisia “perished in the Shoah” (Holocaust in Hebrew), as per the Page of Testimony by Yad Vashem’s project to collect the names of all the six million Jews murdered by the Nazis and their collaborators.

And the historical evidence is very clear. At the infamous Wannsee Conference where Nazi leaders discussed “the preparation for the final solution of the Jewish question in Europe,” when they counted the Jews marked for slaughter, “the figure for ‘unoccupied France, 700,000′ … included the Sephardi Jews in France’s North African possessions, Morocco, Algeria and Tunisia.” (mainland France had only ‘about 300,000 Jews’). This fact is found on page 281 in The Holocaust: A History of the Jews of Europe During the Second World War

, a book by Sir Martin Gilbert, a pre-eminent Holocaust historian. This title also shows that Gilbert considered the Jews of French North Africa as “Jews of Europe.”

In December 2009, Sir Martin Gilbert also issued a statement, “The Jews of North Africa in the Holocaust.” In it, Gilbert firmly declares that the story of the persecution of the Jews in French North Africa during World War II is part of the Holocaust in France, which extended its anti-Jewish legislation to its three North African colonies. This statement was issued for the occasion of the ceremony at Yad Vashem to mark the anniversary of the December 9, 1942 round-up of Tunisian Jews for Nazi forced labor.

The historians at the United States Holocaust Memorial Museum (USHMM) also understand that according to an authentic historical perspective, Isabelle’s story is part of “The history of the Holocaust in France’s three North African colonies (Algeria, Morocco, and Tunisia), [because] it is intrinsically tied to France’s fate during this period.” And unlike Yad Vashem, the USHMM defines the Final Solution as the Nazi “plan to annihilate the Jewish people,” and not to murder the Jews in Europe.

It now looks like Israeli Holocaust scholars and some in the Israeli public are considering the number of the victims. “A total of 2,575 Tunisian Jews died.”[3]Ironically, though, Denmark with 60 is listed and Tunisia not among the countries in the Concise Encyclopedia of the Holocaust in the website of Yad Vashem.

But, as per the revealing title of the book by Sir Martin Gilbert, the Holocaust was a Jewish tragedy. It took place in World War II, an international conflict. Therefore all the documents are connected and interrelated, and must be researched for education and information in one place.

One cannot separate the stories of the victims, Jacques and Isabelle.

There was one Jewish question, one Jewish problem, and one Final Solution.

Yad Vashem is and should remain the unique authentic voice of the Holocaust, as Israel’s only official resource center and the world center for the study of the Holocaust. Its entire mission depends on accurately researching, interpreting, and disseminating all the facts about the Holocaust. The goal is to guarantee that the history researched, documented, and taught only at YV is historically authentic by being fully inclusive and not selective. There shouldn’t be the appearance of manipulating Holocaust history and definitions to deny the realities about North African Jewish victims of the Holocaust.

Every year, thousands of scholars and students come from all over the world to Yad Vashem, to learn all the true facts about the Holocaust.

Truth and accuracy are vital when researching and informing about this tragic event.

YV will also, truthfully, be fulfilling its mission statement: “As the Jewish people’s living memorial to the Holocaust, Yad Vashem safeguards the memory of the past and imparts its meaning for future generations … maintaining an authentic voice …[which] paves the way for a better future.” And to do that requires maintaining an authentic historical perspective and researching and recording all the facts in one center: Yad Vashem.

[2] Commandant of Auschwitz : The Autobiography of Rudolf Hoess

Edith Shaked is a Lecturer who taught at universities in France and the US. She is retired and works as adjunct faculty teaching a course on the Holocaust at Pima Community College, Tucson, AZ. She is a second generation Holocaust survivor. 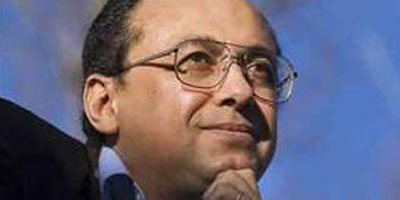 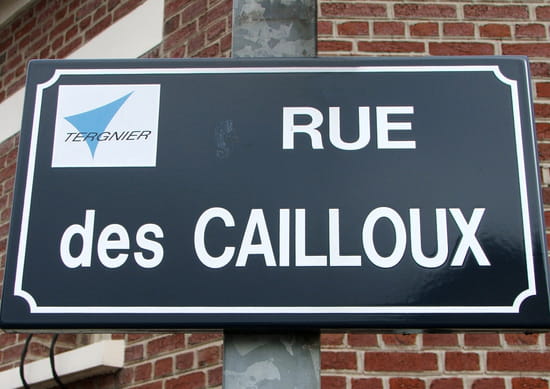 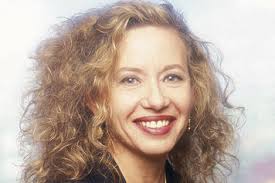